U.S. Ski Team Buried Under Avalanche
While training for an upcoming cross country skiing competition in the mountains of Colorado, the U.S. Ski Team was buried under an avalanche of snow. The avalanche is believed to have been triggered when one of the members let out a tremendous sneeze. The team members were finally rescued after having been trapped under the avalanche for two days. All of them were in a state of deep freeze when found. They were taken to a nearby hospital for treatment. A specially heated room was setup in the hospital, with the temperature of the room set at 150 degrees. When the young men and women who make up the ski team were brought in they were quickly taken to this special room. Once inside, the hospital staff removed the frozen clothes then placed the men and women on individual beds, and wrapped each one with thermal blankets in hopes of speeding up the thawing process. Upon returning to the room about eight hours later to check on the members, one of the nurses found several of them almost completely thawed out. On one of the beds though, she found only the blankets that had been covering the team member, and a puddle of water. There was no sign of the skier anywhere. When asked if she had any idea as to what happened, the nurse was quoted as only saying: “Isn’t that the darnest  thing. This isn’t the first time something like this has happened. Oops! I said too much, didn’t I.” Tryouts for substitute ski team members will be held next week. 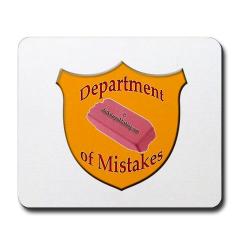 Poems and stories of love & heartbreak.

Patrons of the Pit

my mother raised the perfect housewife...then I went to med school

A trip through life with fingers crossed and eternal optimism.

Humor at the Speed of Life

Tales from the world's most caffeinated mom.

A Deficit of Attention

If there is any magic in this world...

The world can be amazing when you are slightly … strange!

Top 10 of Anything and Everything - The Fun Top Ten Blog

A Day in the Life of Shareen A.
The Return of the Modern Philosopher

Deep Thoughts from the Shallow End of the Pool

...because life is funny.

~Weaving Words in her Web~

Silly, Satirical, and other fun stuff

The latest news on WordPress.com and the WordPress community.